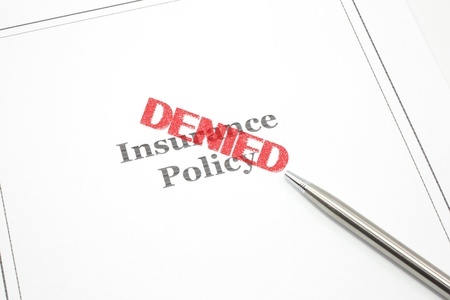 Many construction businesses will find a “no voluntary payment” clause in their business liability insurance policies if they look deep enough. This clause provides insurers’ an out to deny claims coverage if the policyholder attempts to settle a claim without the insurer’s prior knowledge or consent. The clause may be used to deny a policyholder reimbursement for payments or expenses paid after the fact. Along with this clause there is usually a prohibition against settling a claim.

A recent court ruling in Colorado, has dulled the effects of this clause, spelling good news for policyholders who want to try to obtain benefits from their insurer.

In 2013, the Court of Appeals found in Stresscon Corporation Vs. Travelers Property Casualty Company of America 2013 WL 4874352 that an insured’s breach of the “no voluntary payment” clause does not always bar the insured from receiving benefits from its insurance company. In this case, the Court found that before an insurance company can invoke the “no voluntary payment” clause as a defense, actual prejudice must first be proven.

A settlement between the two companies was reached and the general contractor was reimbursed for delay damages caused by the accident as well as for other damages that resulted from the accident. These additional damages were not covered by the concrete company’s policy with Travelers but neither side tried to allocate the settlement between covered and uncovered claims.

The case hinged on the Colorado’s notice-prejudice rule. Under this rule if an insured does not provide the insurer with notice of a claim until after the insured has settled, then

Travelers argued that the notice-prejudice rule does not apply to “no voluntary payment” clauses and that insurers are prejudiced whenever a policyholder settles with a third-party claimant before a lawsuit has been filed. The Court of Appeals disagreed, arguing that in both pre-lawsuit settlements and post-lawsuit settlements there is nothing prejudicial about an insured admitting liability and/or settling a case without the insurer’s participation.

What This Means For The Construction Industry

This case changes things for the construction industry by saying that voluntary payments or settlements between parties without the prior knowledge or consent of the insurer are acceptable as long as there is no prejudice to the insurer. This gives construction professionals a way to speed up settlements and payouts without having to wait for a decision from their insurer or rely on a lawsuit to settle a case.

However, this does not mean that insured’s should start negotiating settlements without involving their insurer. In the Stresscon/Travelers case, Stresscon clearly violated the “no voluntary payment” clause, BUT they were able to prove their liability and legal obligations in the case, to obtain all of the material information necessary to analyze the claim, and obtain a reasonable settlement that was not marginally better than what Travelers would have been able to obtain for them. Travelers also admitted that they would have refused to represent the insured in settlement negotiations.

If you are ever faced with a business liability lawsuit, your best course of action is to consult your business or construction law attorney for advice. From there, the case can be examined on its merits, discussions with the insurer and the opposing party can be opened up, and a best course of action decided upon.

For more information about preventing construction disputes or litigating a liability case, consult an attorney at Schlueter, Mahoney & Ross, P.C. Our construction attorneys can be reached by phone at (303) 292-4525, at our office, or by filling out the contact form on our Contact Us page.