> Resource > When Is The Insurer’s Duty To Defend Triggered? When Is It Not?

When Is The Insurer’s Duty To Defend Triggered? When Is It Not? 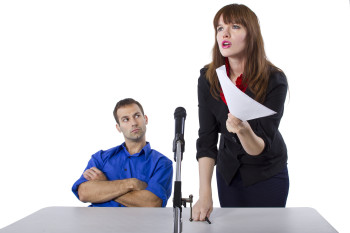 Most business owners purchase insurance with the expectation that they will be protected from financial loss if property is damaged or they are sued for some reason. But along with this practical protection comes another protection – the insurer’s duty to defend the policyholder in a lawsuit.

Even though insurance policies carry this duty to defend, such duty is not automatically triggered. There are specific parameters that must be met to trigger the duty to defend.

When The Duty To Defend Is Triggered

Colorado has a well-established history of insurer’s defending their policyholders. Duty to defend is typically triggered when:

When An Insurer Is Not Obligated To Defend

The only way the duty to defend is not triggered is if the insurer can prove beyond a doubt that the claim or complaint is not covered or is specifically excluded from the policy coverage.

As determined in Greystone Construction, Inc. v. National Fire & Marine Insurance, Co., 661 F.3d 1272, 1284 (10th Cir. 2011), any claim that “is potentially or arguably within the policy coverage,” must be defended by the insurer. Even so, vague or unclear allegations do not, by themselves, trigger a duty to defend.

When Does Duty To Defend End?

Duty To Defend And Duty To Indemnify Are Separate And Distinct

Disputes Over Duty To Defend Are Common

It is very common for there to be disagreements and disputes between insurers and their policyholders over the duty to defend. It’s not unusual for the insurance company and the policyholder to be jointly engaged in fighting off a third-party lawsuit while also engaged in a lawsuit with each another to determine the duty to defend and who is responsible for the third-party lawsuit costs and judgment awards.

If you are facing a lawsuit and are unsure if your insurer has a duty to defend you in the suit or if your insurer has refused to defend you, contact the business law attorneys at Schlueter, Mahoney, and Ross, P.C. to discuss your situation. We will examine your policy, the allegations made in the lawsuit and advise you of your options. If you need assistance defending yourself against your insurer, we can provide strong legal representation to help you obtain the benefits to which your policy entitles you.