Validity of “Pay When Paid” Provision 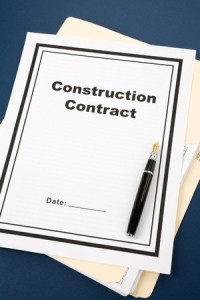 “Pay When Paid” provisions are increasingly common in the Colorado construction industry. Subcontractors have become used to seeing these clauses added to their contracts and typically sign them, even if they are reluctant to do so, because otherwise they wouldn’t get the job.

The trouble with “Pay When Paid” clauses is that they shift the burden of non-payment to the subcontractor. This has led to questions about the validity of the clauses.

There are two common clauses in Colorado construction contracts. “Pay If Paid” and “Pay When Paid” provisions are considered contingent payment clauses. Payment is contingent upon something else happening – in this case, payment is contingent on the general contractor getting paid first.

The Validity of “Pay When Paid” Clauses

The validity of the clause under Colorado law comes down to the specific wording used in the contract.

Since Colorado courts have deemed them valid, “Pay When Paid” and “Pay If Paid” clauses aren’t going away anytime soon. The most important point of these clauses is that you know and understand the provisions of the contract you are signing. Legal guidance can be invaluable in these situations and can protect subcontractors from the risks of non-payment. It may be possible to negotiate changing a “Pay If Paid” clause to a “Pay When Paid” clause, which offers a better guarantee of payment for the sub.

If you have been presented with a contract that contains a continent payment clause and you need legal advice, or if you find yourself in a position of non-payment, contact a construction law attorney at Schlueter, Mahoney & Ross, P.C. Our construction attorneys can be reached by phone at (303) 292-4525, at our office, or by filling out the contact form on our Contact Us page.