Ask us & get answers 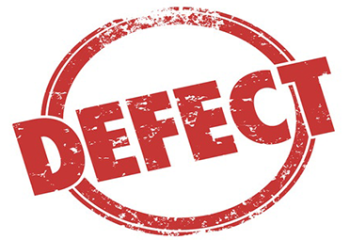 Economic Loss Doctrines (ELDs) were originally intended to protect parties from excessive claims or lawsuits resulting from consumer dissatisfaction. Traditionally, Economic Loss Doctrines prohibit tort recovery when a product defect or failure causes only economic loss. That is to say, if there is no personal injury or damage to any other property or products, a tort lawsuit cannot be brought. Any claims or lawsuits must be pursued under breach of contract.

ELDs preserve the distinction between contract and tort law and requires contracted parties to pursue only their contractual remedies for damages. This encourages the parties to assess their economic risk and take actions to minimize it.

The Economic Loss Rule In Colorado

Colorado’s Economic Loss Rule (ELR) follows very much this same line of thinking. The ELR is intended to protect parties from tort claims. The Rule provides that if a party has suffered purely economic harm regarding the subject matter of the contract, then any relief must be based solely on the contract terms. In this way, claims for damages can be limited to only what is spelled out in the contract, not what may be considered “reasonable” under tort law. The Rule protects contractors from tort lawsuits which can be much more costly than breach of contract claims.

History And Purpose Of The Economic Loss Rule

Colorado’s Economic Loss Rule evolved from a series of cases related to product liability. At one time, plaintiffs were able to sue manufacturers for damages caused by defective products under tort law. These types of lawsuits, however, threatened to negate contracts and contract law. The Economic Loss Rule was developed to prevent this from happening. The courts held that manufacturers shouldn’t have to bear risk that their products would not satisfy consumers’ economic expectations, unless the manufacturer specifically agrees to do so (through a contract).

Limiting lawsuits to contract law greatly diminishes the risk to manufacturers. Tort remedies are much broader than breach of contract remedies. By limiting the ability to bring tort claims, parties can protect themselves from having to pay punitive damages such as mental aguish or inconvenience, in addition to compensatory damages for an economic loss. Under contract law, punitive damages can only be recovered if the breach of contract is “willful and wanton.” Another protection offered by the Economic Loss Rule relates to the Statute of Limitations. In some cases, the Statute of Limitations may prevent breach of contract claims under contract law, but claims would still be allowed under tort law.

Given these realities, this begs the question, “If manufacturers can be protected from tort lawsuits, do Economic Loss Doctrines give them free rein to sell defective products?”

The short answer is No.

As far as defective products are concerned, ELDs only protect against pure economic loss such as damage to the product itself or monetary loss caused by the defective product – so long as it does not cause personal injury or damage to other property. Once that additional damage occurs, tort law may come into play.

ELDs serve as the middle line between contract and tort law. Contract law spells out the expectations of each party and the remedies to which they are entitled. Tort law focuses on what is reasonably due to the injured party but does not impose duties on product manufacturers to meet the economic expectations of consumers.

Economic Loss Doctrines bridge that gap by maintaining the distinction between tort and contract law, protecting the abilities of parties to assign or assume economic risk through contracts, and encouraging consumers to assess their risk and negotiate contracts to minimize such risk.

Without ELDs, tort law could potentially supplant contract law, replacing negotiation and contracts between parties. The result would be higher prices on every contract to protect manufacturers from tort lawsuits.

Protect Yourself With Help From A Contract Law Attorney At Schlueter, Mahoney, And Ross, P.C.

Colorado’s Economic Loss Rule is just another example of the importance of having strong contracts drawn up for every project. Contracts are intended to protect and compensate both sides against future potential losses. Without these protections built in to the contract, either side could lose out on the chance at compensation or relief if problems arise at a future date.

A contract law attorney can advise consumers and construction professionals on contract language that best protects them against loss and demand concessions to mitigate tort liability. The contract law attorneys at Schlueter, Mahoney, and Ross, P.C. have over 26 years of experience with Colorado construction law and contract negotiation. Whether you are a consumer or a contractor, you should have any contract you are presented with reviewed by an experienced contract attorney prior to signing to ensure your rights are protected and you fully understand the risks that you are assuming.

Contact a construction law contract attorney at Schlueter, Mahoney & Ross, P.C. (303) 292-4525, at our office, or by filling out the contact form on our Contact Us page.

Michael Schlueter
Our philosophy is to understand and meet our clients’ needs and expectations while adhering to the highest and best traditions of the practice of law.

How To Establish And Maintain Your Board Of Directors

Starting A New Business: What Type Of Business Entity Is Right For You?

How The Definition Of “Collapse” Can Affect Property Insurance Coverage

Disclaimer:
Thank you for visiting the website of Schlueter, Mahoney & Ross, P.C. Please note that the information contained on this site is not legal advice, nor is it intended to be legal advice. It should not be relied upon in making any decision in connection with your specific legal situation. We welcome your calls, letters, and emails, however, contacting us does not create an attorney-client relationship